History of the Race

In 1982, Peter Wood, Tony Carr, Errol Stewart, Don Steel, Paul Stafford and Barry Maguire from the Allansford Football Netball Club decided to organise a fun run in Warrnambool as a way to stay motivated to keep fit in the footy pre-season and to raise a few dollars for the community. January was chosen as the ideal time to hold the event given the influx of visitors to the town and reliable weather conditions, and in 1982 the inaugural Surf ‘T’ Surf Fun Run was held attracting around 300 runners.

In 1996 the walk event was introduced to the Surf ‘T’ Surf and has grown very popular with professional walkers as one of few competitive walking events held in regional Victoria.

In its 29th year in 2010, the Surf ‘T’ Surf attracted 840 competitors including visiting participants from as far abroad as Ethiopia and England.

In 2011 the inaugural 6km run was introduced to the card to encourage participants new to running or those who prefer shorter distances. 2011 was also the year the race entered the electronic age with participants being fitted with electronic timing devices for accurate timing. The new event, along with new initiatives including early start time, resulted in numbers swelling to in excess of 1,300 participants.

The introduction of the 3km Lap of the Lake event in 2012 added another option for younger participants or those new to running. This new event swelled entries to just short of 2000. 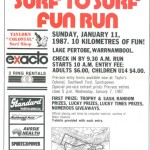 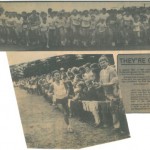 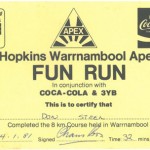